After the workshop, after Weiser, back to reality... 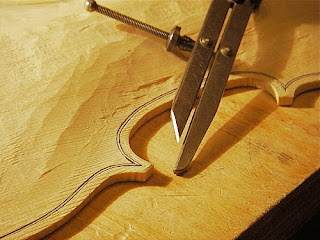 Finally catching up on sleep after 3 weeks of long, but good, hours.

The Southern California Violin Makers Workshop was terrific, as usual. I spent 2 weeks there, at the campus of Pomona College in Claremont, California. Basically a fantasy world for violin makers. One of the high points for me was that I was able to play a 1714 Stradivari violin and a 1742 Guarneri del Gesu violin, one after the other. Of the two, the Strad was my favorite. I generally hate my tone on the e-string, but on this Strad, I liked it. People use the word 'silvery' or 'shimmering' to describe these Strad e-strings, and it always sounded a bit overblown to me. I was wrong. There really is something there, hard to describe.

In addition to those two, one of the bow-maker students brought his 1733 Bergonzi violin, another classic Cremonese instrument. He has owned it for 61 years, and according Michael Darnton, it was in amazing shape. Lots of varnish, excellent edges, well-tended after. 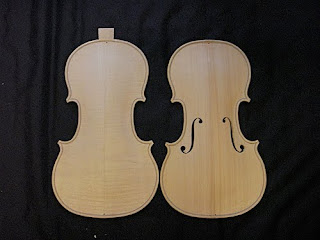 But the most important part of the workshop is that many of us have become good friends. We share a common interest, and enjoy learning from each other. Michael Darnton is an excellent teacher, with a tremendous amount of knowledge. I spent most of the time experimenting with edgework, though I did get my two plates in fairly decent shape by the end. You can compare these to their state in my previous post, "pre-workshop rush!"

It's hard to pick among the photos I took, but if you want to see more, please go to my flickr set here The grounds of the campus are beautiful as well. 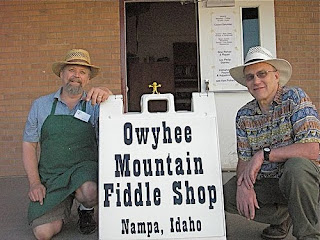 After two weeks at the workshop, I flew home, loaded up the shop, and took it up to the National Old-time Fiddlers' Contest in Weiser, Idaho. Again as usual, Phil (my bow-maker friend) and I had a great time with wonderful folks. Plenty of good fiddlers played my two fiddles, making them sound pretty, and giving me good feedback. I hope to have several more to offer at next year's contest.