One came into the shop the other day.  "Doesn't sound so good," was the complaint.  Actually, "sounds really bad" was the complaint.  The e-string was unbearable.  Starting off with bad equipment is an easy way to answer the question "will I like it?", but that's part of the education angle. 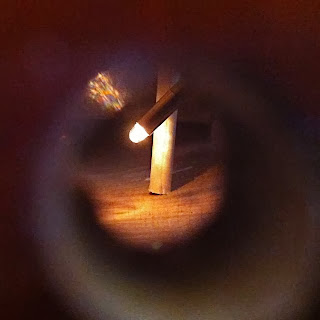 This was how it was sold by a music store in the area -- a starter fiddle -- and at least implied that it was a product ready-to-go.  It was not.  Note the minor contact of the soundpost with the back.  Not only will this prove less than optimal in tone, it is also dangerous for the instrument.  Over time, this can create a crack in the back.  Once a back-crack occurs on an instrument like this, it's all over.  Out it goes with last week's garbage.

This factory-installed soundpost had badly cut bevels -- I actually doubt much thought was given to them at all -- and the post overall was too short.

We put a new one in. 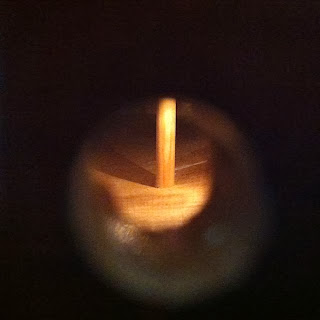 We replaced the strings as well, the factory strings being only decorative.  I probably shouldn't use the word 'decorative' that way.

It sounds much better now.  Never going to be great, but at least it is essentially firing on all cylinders  The owner might actually grow to like playing the fiddle.

Posted by Ken Pollard at 2:52 PM No comments: