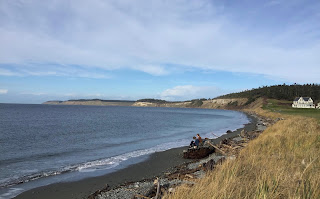 Just back from a too-quick trip up to the Puget Sound region for the Whidbey Island Scottish Fiddle (and Cello!) Workshop.  The teachers were Alasdair Fraser and Natalie Haas.  It was held at Camp Casey, and the photo above is looking north from the grounds, with a typical blue Puget Sound January sky.

It was a fast camp, fast learning, or, for me, fast partial learning.  We started Friday night with a class, then all day Saturday, learning tunes, arranging them for a concert at Coupeville High School.  I like to think I'm a reasonable ear-learner, but by the concert time on Sunday, the 5 tunes were a jumble in my head.  I could play bits and pieces.  Fortunately, I recorded them and will have plenty to work on for the next couple months, at least.

Top-notch instruction.  A huge class, 115 or so instruments, mostly fiddles, in a single classroom.  I didn't get many photos.  Here's one, with Natalie talking about back-up techniques, and Alasdair sitting.  He stood most of the time, and when he was teaching, I was not taking photos, full concentration on trying to keep up. 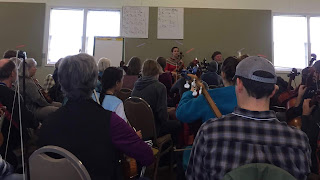 Here's a shot during a break, where the two of them are going through the next tune to come up. 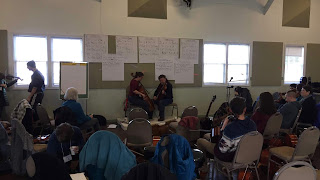 Tunes we learned: Leslie's March, Humours of Whiskey, Had 'er Gown, Cali's Wedding, Flatbush Waltz, and Ca Ye By Atholl.  A big variety of tune styles, and a fair number of tunes to get under your fingers in less than 48 hours.

But we pulled-off the concert Sunday afternoon.  My family (5 of them there) in the audience said it sounded great.  100 or so of us on stage for the grand finale.  Alasdair and Natalie played the first section of the concert, after a warm-up by the local band of young men, 'the Reds', who also did a great job.  Here's one photo I managed to snap of the two masters at work. 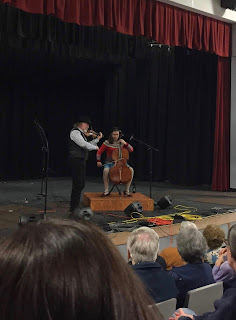 We stayed in the camp quarters, and were lucky enough to get a second floor room on the far-end, so we had the ocean waves to listen to at night.  Good digs. 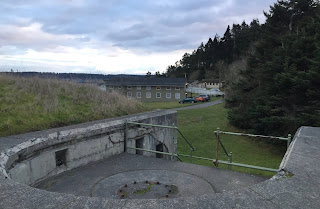 On the way up, we stopped in Seattle to look about.  My main interest was the new Nordic Museum, which I hadn't been to yet, and especially since they had a special traveling exhibit on the Vikings. 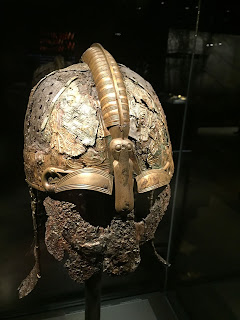 Direct from Sweden.  One artifact that really caught my eye was this bit from a boat burial.  Here are some of the clinker side planks, and laying there, a bunch of arrows in a quiver. 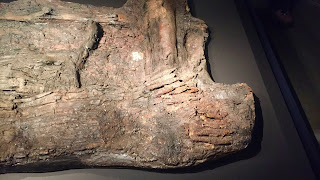 Upstairs, in the regular exhibit,  I was surprised to see a scale model of the Oseberg ship. 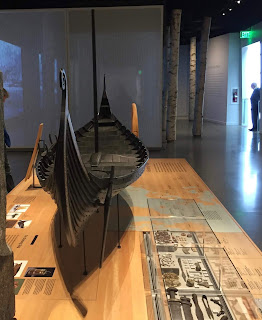 And a good 3-D look at one of my current scroll models. 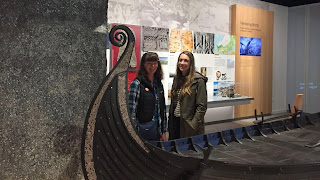