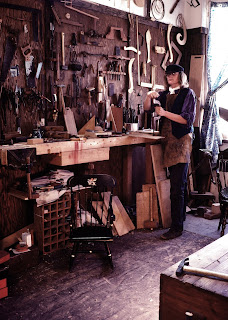 
Stephen's obituary can be found at this location -- http://www.premierfuneral.com/obituaries/Stephen-Shepherd/#!/Obituary

The text of his obituary --

Stephen Shepherd, was born April 20, 1948 in Salt Lake City, UT, to Arden Warren and Vida Johnson Shepherd. He passed away January 24, 2018, a kind release from the debilitating effects of a stroke. He leaves a sister Merrily Runyan, Clovis, CA, and nieces and nephews.

Stephen Shepherd was a unique individual. Whether known as Stephen Shepherd the author, lecturer, and expert in 19th-Century Woodworking, or as “Tater”, the Mountain Man and adventurer, he influenced many people and sometimes irritated others with his infallible knowledge. Arguing historic technology with Stephen was frustrating and pointless – his knowledge was vast. And he shared that knowledge with anyone genuinely interested.

He was always building, repairing, tinkering and inventing, very often simply to see if he could do it – if it could even be done. Many of his friends are proud owners of a “Tater-made” item, from furniture to walking-sticks to quill pens. He shared his knowledge by writing four authoritative books on woodworking, and re-published two more “rescued” books of great value to historians of 19th-Century crafts.

For the most part he lived a 19th-Century life. Almost all his furniture and re-created items were made and restored using only hand tools. He had no power tools in his shop. His careful craftsmanship, restoration and renown finishing techniques, including gorgeous “painting and graining”, gained him world-wide recognition. His clients over the years included many wealthy collectors and The LDS Church Historic Collections.

He dressed for most of his adult life in 19th-Century-style clothing, including when traveling to other states. In 1976, during the bicentennial re-tracing of the Domingues/Escalante journey to Utah, Stephen and companions met the party in the desert, dressed authentically as fur-traders. Their clothing and accoutrement authenticity far outshone that of the re-creators! For decades he attended Mountain Man rendezvous all over the west, and was always welcomed by everyone.

People loved Stephen Shepherd, and were proud to know him. Sometimes they were friends of Stephen, sometimes friends of Tater, some not even knowing they were one and the same! His cheerful demeanor, his willingness to laugh at society’s faults, and his dedication to his friends make the memory of Stephen “Tater” Shepherd precious to all of us who were close to him.

Per Stephen’s wishes, no services will be held, donations may be made to This Is the Place Heritage Park in his memory.

Stephen (left) and myself (right), Mill Creek Canyon, February 1975.  We camped this way.  We were much younger then. 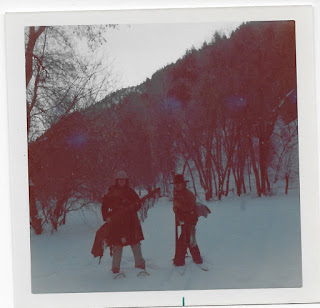 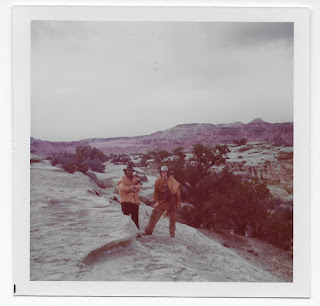 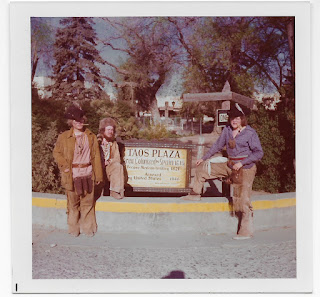 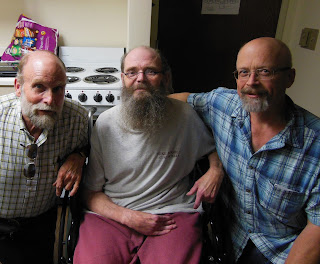