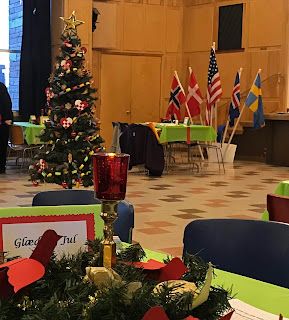 Follow-up on my last post.  Here it is Monday, and still at it.  We had a good contra dance Saturday night, even if it was a little unusual. 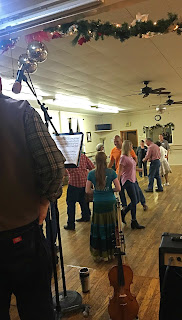 I should add that all these photos were taken by Monica, and since we were both involved in both events, most are either before things got really rolling, or after things started to taper off.
This photo above was during the new-dancer orientation, teaching folks who showed up early to get a little extra instruction.  An unusual dance because Pat, our usual caller, was off to a work event.  So, we took turns.  Monica called several, leaving us without a piano. Christian taught several, which worked quite well.  I taught one.  That was the most unusual.  The first time I have not been playing lead fiddle at this dance in over 10 years.  Jan did great.  I taught an English Country Dance, Key to the Cellar, which confused even some of the experienced dancers, being proper, 6-hands-from-the-top, reels (heys) of three -- all sorts of weirdness.  We all got through it without injury.  And they'll be happy to have Pat back next month!

Then Sunday was the St Lucia Celebration and Christmas Dinner.  Here's the Scandi Band playing as folks were starting to come in. 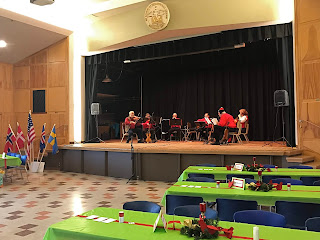 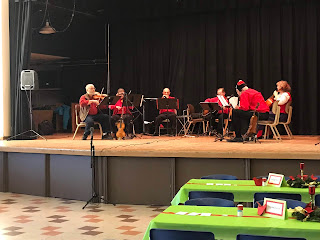 And some of the folks coming in, choosing a spot, looking over the silent auction items, scoping-out the potluck dishes. 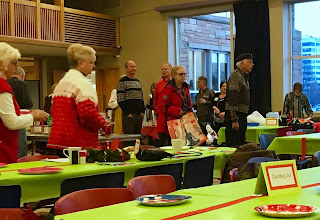 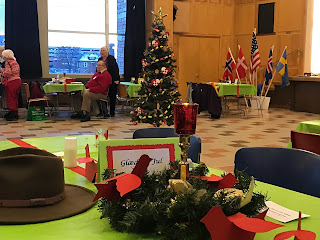 I played the Hardanger while Alan read his poem on St. Lucia -- 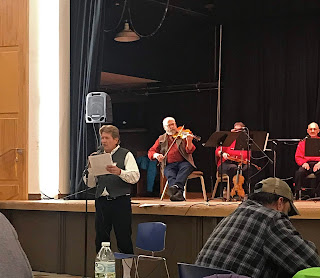 And then we had the St. Lucia parade of children. 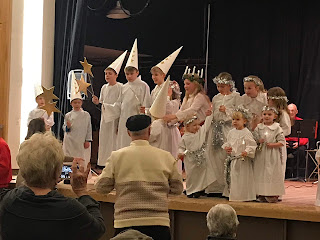 And later, a special guest. 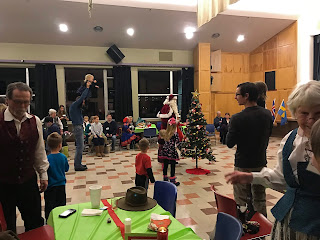 Monica caught a few shots of the sunset from the west windows on the Cathedral of the Rockies in Boise, where the St. Lucia event was held. 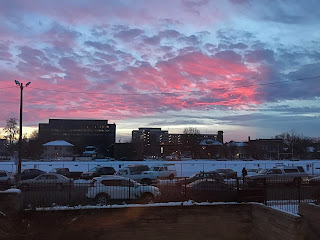