End of Skiing, for us, this season 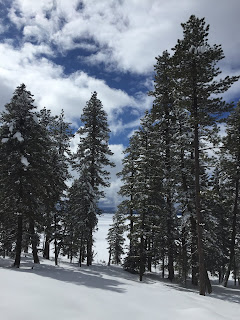 Always nice to get out into the mountains.  We work with harvested wood, at the bench, inside, so really worth seeing the trees outside, in the wild. 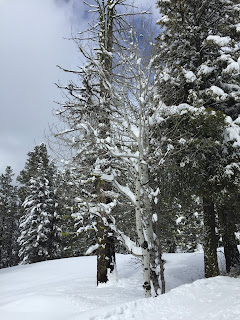 We've been going to Ponderosa State Park, near McCall, Idaho, for many years now, both in the snow and not.  Beautiful wildflowers to be seen in the Spring.  But we really like it in the snow.

This little aspen grove is one of my favorite places. 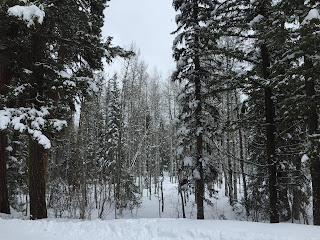 We've been cross-country skiing here a few times this season.  Late start to the snow this year, and it looks like it's fading fast.  Snowed the night before, but the trees were shedding it in big plops during the late morning and early afternoon. 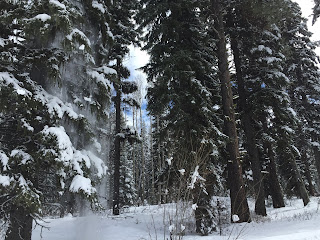 Freezing at night, above freezing during the day. 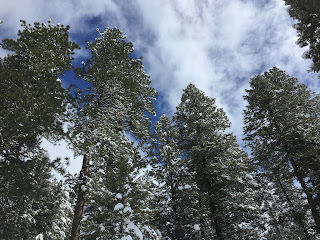 The lake is still frozen over, but barely.  Not too many folks willing to risk being out there now.  It's off in the distance, middle right, in this photo. 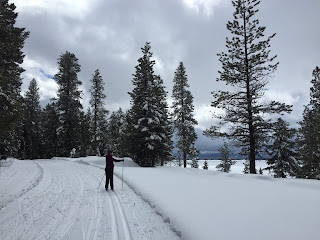 We skied up the penninsula a ways, climbing at the end, and stopped for a lunch on the skis.  Hot tea, rye bread, and brunost. 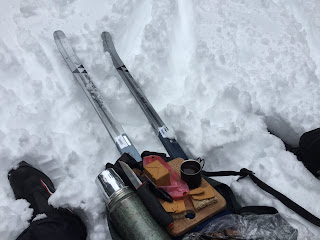 Given our schedule for the next few weeks, we won't get out again until next Winter.  Sad and something to look forward to at the same time. 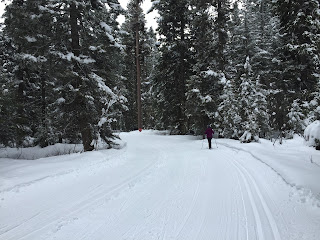 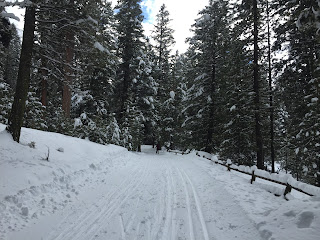